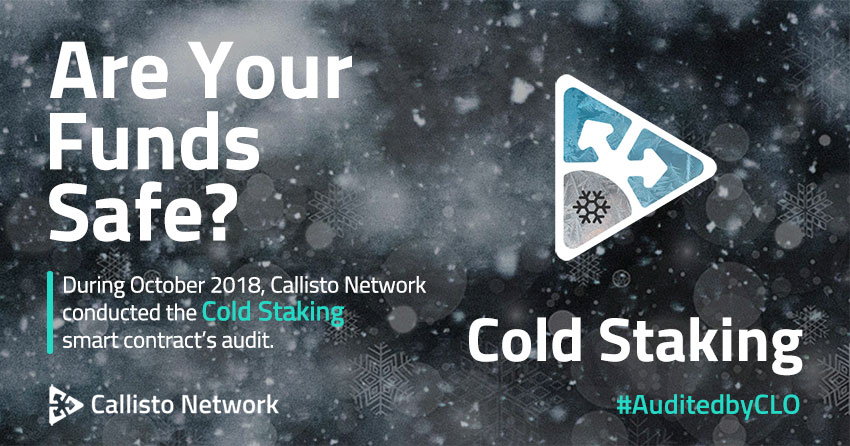 Cold Staking smart-contract is the core smart-contract of Callisto Network that is intended to allow users to stake their CLO by locking it for a certain period of time.

The contract must allow users to:

Are Your Funds Safe?

In total, 1 issues were reported including:

No critical security issues were found.

2.1. Timestamp may have not right meaning. A round can go longer than 27 days.

The round can go longer than 27 days in case of an increase block generation time to over 25 seconds for a long time.

In case when blocktime is more than 25 seconds the Timestamp will have not “timestamp of the last interaction” value (look at here). This will lead to a distortion of the flow of staking time.

Consider the problem by example:

I don’t know whether a continuous change in the block generation time by a value greater than 25 seconds is possible. But if it is possible then the time inside the contract will differ from the real time. What will affect the reward.

No critical vulnerabilities were detected.