Trust and Smart Contracts: Code is the Limit 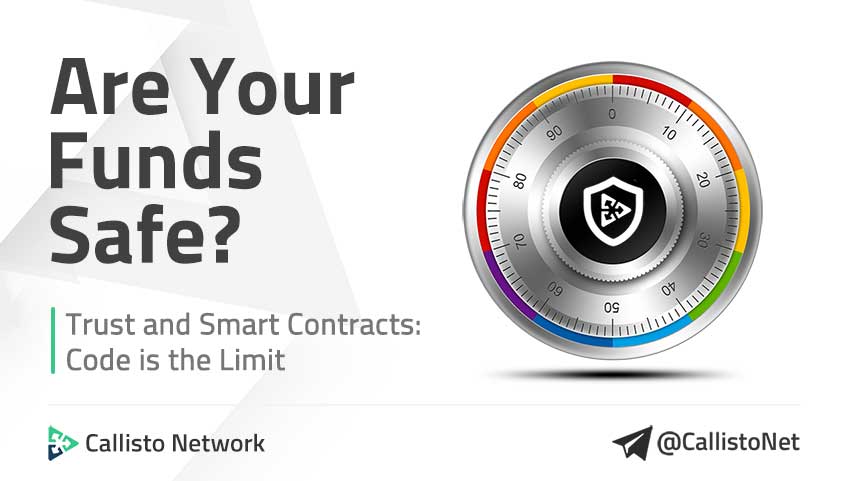 As the crypto revolution continues to gain momentum and draw worldwide attention, more focus is placed on the real use cases and distributed ledger technology applications. One of the most useful applications is perhaps one of the least understood: smart contracts.

Smart contracts are a means of executing code stored on a blockchain’s network, which constitutes the source of truth.

Since blockchains require universal consensus, smart contracts are only as good as their code, particularly in their limitations of what is possible, and perhaps more importantly, their security.

That being said, there appears to be some confusion among the public as the applications that smart contracts allow and the appropriate level of trust that should be placed in them.

Immutability of Ethereum Based Smart Contracts

Ethereum is without doubt the best-known platform for developing and executing smart contracts and decentralized applications (DApps).

A key point of the Ethereum-based smart contracts is the inability to modify them effectively. In most cases, it is either impossible or excessively expensive to modify even slightly a smart contract after it has been deployed on the network. If a mandatory legal clause, incorrect recipient data, or a serious security vulnerability is discovered after the contract has been launched, it is typically an error that cannot be corrected.

Depending on the amount of resources involved, this may not be acceptable to participants, and recurrent cases where funds have been lost due to the inability to modify a smart contract will dissuade most non-technical users from actively engaging with smart contracts.

Fortunately, modular smart contract protocols are being tested to update existing contracts by replacing data in files without losing the data they contain. Over time, smart contracts will become more flexible, leading to greater enforcement at the enterprise level as the risk of non-compliance with fiduciary responsibilities, and legal compliance can be appropriately managed and mitigated.

Businesses and individuals who are willing to transact via smart contracts are apprehensive about doing so following the recent DeFi projects hacks and other public (and not so public) smart contracts exploits.

Security is at the forefront of anyone’s mind when transacting with a new technology that is not well understood. Let’s suppose you manage a business and that you have a fiduciary responsibility to your client. You are considering using an Ethereum based smart contract for recurring payments to automate routine activity over a given period, reduce your OPEX expense and remain competitive in a saturated industry, such as financial services or management consulting.

When you decide to place clients’ funds in a kind of escrow (for example a smart contract), you MUST be sure that these funds are safe and that they will be paid following the terms of the agreement. In the case of a conventional escrow, an agent can generally resolve most issues between the parties based on the terms of the agreement and a reasonable interpretation of the contract’s terms. Alternatively, he can refer the case to an arbitrator who can review the facts and issue a binding judgment. With a smart contract, these procedures are automated and the contract is invoked according to the code, which cannot be modified in case of extenuating circumstances.

The execution of this smart contract requires the consensus of the network. If it fails to reach a consensus, it will not execute the payments and thus reduce the escrow contract to nil.

For most, the opportunity cost of a secure, reliable, automated, and quickly understood escrow solution is simply too high. Not to mention the vulnerabilities that may exist in the code, making the funds permanently unrecoverable.

The focus on Ethereum-based smart contracts has been extremely negative, largely due to the infamous hacking of DeFi projects and the resulting multi-million dollar losses.

However, the specific vulnerabilities of the publicly known attacks were covered at length, simply stating that they could have been avoided if the code had been properly audited and/or if the contracts had not been deployed in haste.

Callisto Network provides a complete audit service for smart contracts deployed on Ethereum and Tron. The audited contracts will be subject to a professional code review, flagging vulnerable contracts for revision prior to their execution to prevent them from being hacked.

People tend to favor peace of mind to automation and cost reduction through smart contracts. The security of a contract, whether perceived or real, is only tangible if it is well understood. A lack of comprehension of the vulnerabilities and limitations of smart contracts has created a stigma for their use in areas such as escrow services, asset transfers, and simple trustless transactions.

Therefore it is reasonable to expect a larger adoption of Ethereum-based smart contracts as security vulnerabilities are addressed through audits, flexibility and ease of use are increased.